The ongoing issues with ageism

We may not realise it but ageism, or discrimination on the grounds of someone’s age, is all around us. 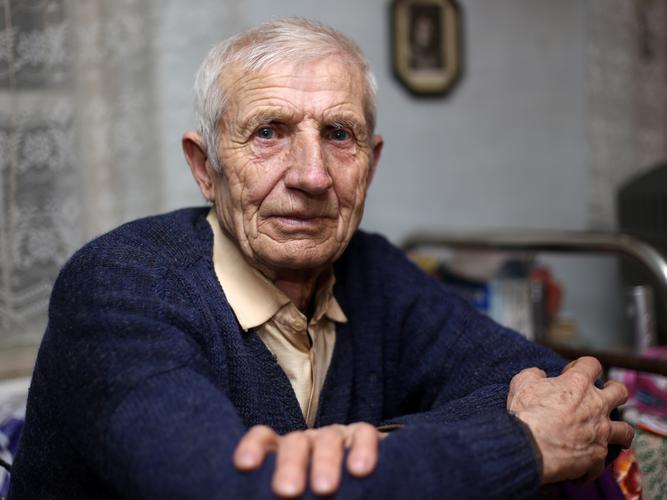 Ageism is prejudice towards a person because of their age, this could include stereotyping, discrimination and mistreatment. [Source: Shutterstock]

It may be that you are treated differently in the workplace because of your age, the assumption that older people are unable to use technology or a health professional discussing an elderly person’s health with the younger person accompanying them.

In broad terms, ageism is prejudice towards a person because of their age. This could include stereotyping, discrimination and mistreatment.

For older Australians, ageism festers among friends and family, it prevents them from progressing or succeeding in the workplace, and is also present among members of the medical community.

“It is a big problem because it impacts on our confidence, quality of life, job prospects, health, and control over life decisions.”

Why is it important we recognise ageism?

Ageism can even lead to elder abuse, whether it’s financial, physical, psychological, emotional or sexual.

Another big problem with ageism is that it can be done unconsciously.

There are a lot of stereotypes that float around that can have an impact on the older generation as a whole.

People view older adults as frail, boring, unable to help themselves, and grumpy.

In reality, our older generation has lived a long, important and full life, appreciating the many wonders that newer generations are now experiencing for themselves.

Ageism is resulting in unfair attitudes towards older people, their experiences, and their capabilities.

And this discrimination can have a run-on effect into all parts of life, including socially or economically, in the workplace, around the dinner table, and be passed on to younger generations to continue the vicious cycle.

Not only that, ageism can have a disastrous impact on the physical and mental health of older people, and can encourage the isolation of our elderly.

While we know people are living longer than ever, society tells us that getting old is a bad thing. We don’t see many older people portrayed positively in the media, anti-ageing products are making millions, and the older generation seem to be left out of public conversation often.

An Australian Human Rights Commission (AHRC) research report from 2013 found that one third of Australians between 55-64 years of age have experienced discrimination, and 43 percent of people aged 65 and over experienced the most discrimination for their age.

The same report found that older Australians felt invisible when interacting with the service and retail industry.

People in the service industry would ignore older people because they did not see value in spending time with them.

Families and friends can also make their older loved ones feel like a burden because of the health issues that are associated with ageing.

Older Australians felt there was a lack of media representation of their own culture, and if there was representation it would normally rely on stereotypes. Leading many to feel overlooked, devalued and ignored.

The report says, “A result of age discrimination and invisibility is that older Australians feel a sense of shame, anger or sadness.”

Ageism in the workplace

Many older workers have indicated they feel discriminated against in the workplace because of their age.

Ageism in the workplace could be as simple as being overlooked for a training opportunity, raise, promotion, or project, and a younger employee receives these new avenues.

The Australian HR Institute (AHRI), a professional body for Human Resources in Australia,  released a report finding that one in ten businesses would not recruit someone higher than a certain age, this average age was 50 years.

Around 50 percent of businesses believe that older employers were at a higher risk of being made redundant.

And the report even found that a majority of respondents, 68 percent, indicated there was an unwillingness to hire workers over the age of 50.

The Honourable Dr Kay Patterson AO, Australia’s Age Discrimination Commissioner, supported the aim of the report, which encouraged businesses to utilise the skills and experience of older workers.

The report identified that 61 years of age or older was considered an “older worker” among 63 percent of respondents.

But even more startling was that 56 percent of participating organisations did not have a Transition To Retirement (TTR) strategy in place.

Lyn Goodear, Chief Executive Officer (CEO) of the Australian HR Institute, says that research is showing that older people are living longer lives and purposeful employment is important for those older workers to feel connected and energised, however, there are barriers in the workplace for those senior staff.

“Governments of all stripes are keen to alleviate the fiscal pressures associated with a large cohort of older works drawing on the welfare budget. Hence raising the age at which workers are entitled to claim a pension, is an increasingly mooted policy direction,” says Ms Goodear.

“Despite those imperatives, there is evidence in this study that employers are not owning that bipartisan policy direction. A sizable minority of around a third of the sample indicate that their organisation sets an age over which they are reluctant to recruit workers.

“Somewhat more disquieting is that nearly seven out of ten of that cohort see 50 years of age or older as the age at which they are unwilling to recruit workers.

Sometimes ageism is enhanced by older people's actions and attitudes.

Whether it’s a fear of being perceived as old or rejecting any form of help at home, this is considered internalised ageism.

Dr Kirsty Nowlan, Co-Chair of EveryAGE Counts, recently said at the first Royal Commission hearing this year that internalised ageism in older people is resulting in people ending up in aged care during a crisis, rather than through choice.

This is backed up in multiple reports, one book Contemporary Perspectives on Ageism published in 2018, found that negative messages through a person’s life can have an impact on their view of themself as they age.

Another article published in 2019 by Mariska van der Horst, Internalised ageism and self-exclusion: Does feeling old and health pessimism make individuals want to retire early?, found that internalised ageism has an impact on health and pushes people to an early retirement.

Her abstract states that, “For internalised ageism, assessments are made about the degree to which individuals consider themselves to be old; they agree that their age prevents them from undertaking activities; they are pessimistic about their own future health and that being old comes with deteriorating health more generally.

There is nothing wrong about ageing and it’s important to accept that part of your future. Not only accept, but embrace everything ageing gracefully has to offer.

What can we do to be better?

The first thing to do if you hear or see something that stems from ageism, call it out! You shouldn’t stand for anything less than being treated like everyone else.

If you are still at work, making efforts to engage with younger employees. All it takes is a positive encounter for it to break the chain of ageism for that individual.

Keep up to date with new technology, news and skills to develop, like any job you have worked in your life, you always need to be on the ball to do well.

Other areas for improvement involve national campaigns showcasing that there is no difference between all generations and that there needs to be more respect across the board.

A big push at the moment within Australia is intergenerational projects, which encourages development between older people and younger groups. This not only creates understanding and connection, but also imprints important values upon everyone involved and breaks down misconceptions about older people and ageing.

You may not even realise you are being ageist. EveryAGE Counts has an online quiz to identify how “ageist” you are. This quiz can highlight what you may need to change internally.

How can you be better in the fight against ageism? Tell us in the comments below.

Advocacy
What about complaints?