Should I rent or own a place in a retirement village?

In Australia, there are both ownership and rental opportunities to choose from when deciding on the best retirement living option for you. 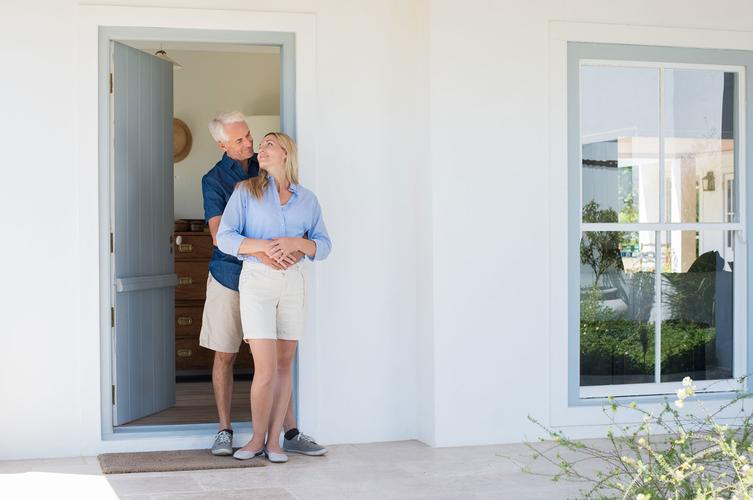 Moving into a retirement village is a great way to start downsizing your possessions and assets. [Source: Shutterstock]

Generally, the deciding factor of whether you rent or buy is subject to your current financial situation.

However, you should also consider the retirement lifestyle you want to lead and whether ownership or renting will best assist in reaching those wishes and desires.

Retirement villages can be a really attractive option after you retire, encompassing a safe environment with a close-knit community of older people with similar interests and hobbies. and active social groups.

In most cases, moving into a retirement village is a great way to start downsizing your possessions and assets.

There are different pros and cons when it comes to owning or renting a home in a retirement village.

For instance, if you rent a home, it can be less expensive depending on how long you live there. Whereas, if you buy, you don't have to worry about any rental issues and have greater control over your home.

Either way, a retirement home will cut into your superannuation, along with additional costs and fees associated with living in a village.

They have different forms of legal title and occupancy rights, and other costs such as stamp duty may or may not apply.

The various forms of occupation or ownership rights of retirement villages are referred to as ‘tenure’. They will include provisions for resident consultation about the management of the community and the use of the village facilities.

The legal forms of tenure for buying into retirement villages are:

Leasehold estates: The owner/developer continues to own the property, however, you pay the market value of the unit in exchange for a period of time (49 - 199 year lease). This is generally the most common form of tenure used by ‘for profit’ developers.

Licences to occupy: The village developer or owner gives you a licence to occupy your unit which means you are permitted to stay under certain conditions such as not altering the property or surrounding gardens. This form of tenure is generally the most common used by ‘not-for-profit’ developers.

Company share arrangement: The village is still owned by the retirement village developer who sells you shares which entitle you to live in your unit. Although some retirement villages do use this tenure, it is not a common form.

Strata title ownership: Similar to regular strata-title schemes where the property is divided into units, this operates as a direct ownership structure. You pay the agreed purchase price, are registered on the title deed and become a member of the owners’ corporation. However, unlike regular strata, the retirement village operator may have to approve you as a resident and you sign a management contract with the village owner.

This is not a common form of tenure for retirement villages.

Note: In South Australia, while Strata title does still exist, divisions no longer occurred after June 2009. Community title was bought in to replace it. Existing strata corporations were not affected by the change.

Community title ownership: This is a very rare form of tenure for retirement villages and operates on a direct ownership structure similar to strata, except in community title, the land is divided into ‘Lots’.

Even though you have paid the market value for your property under the different tenures, you will still have ongoing costs and fees to pay in addition to your regular utility bills and in some villages, council tax.

These additional costs are sometimes known as service or maintenance fees and cover costs for the village management and maintenance.

Be across all the costs and fees that are involved with living in a village before you move in so you are not surprised by any unexpected fees.

Always read the resident’s handbook and take legal and financial advice so you fully understand what you are buying into and what your responsibilities are.

Some residential villages do offer accommodation rental units, sometimes known as periodic tenancy, but these are generally reserved for people with limited financial resources and are usually income assessed.

Because of this, rental units are often in high demand and you may have difficulty finding one.

Where do I find a rental unit?

Rental units come in all shapes and sizes, and can be found in both small and large villages or retirement living complexes.

How much is the rent?

What services do rental developments offer?

There is legislation to protect the rights of retirement village residents, but this is regulated by the individual States and Territories.

The legislation for each State and Territory Retirement Acts can be found by clicking on the following links:

Some states and territories also have Resident Associations who can help with advocacy, legal aspects and also promote the rights of residents to all levels of government.

Are you looking at buying or renting in a retirement village? Tell us in the comments below.

Finding the Right Village
How much can a retirement village cost?
Life in a Village