Villa Maria’s Wantirna aged care residence now has its own bladder scanner to help staff determine whether or not urinary retention is responsible for the person’s uncharacteristic behaviour, and if hospitalisation is necessary.

Urinary retention is one of the most common reasons people with dementia are taken to hospital. Often they are unable to tell their bladder is full or that they’re unable to urinate, which can lead to increased confusion, agitation or withdrawal.

The scanner is a non-invasive 3D ultrasound device that can detect whether a person’s bladder is full in less than a minute. It was bought with a donation of $10,999 from the Honda Foundation at the start of the year. 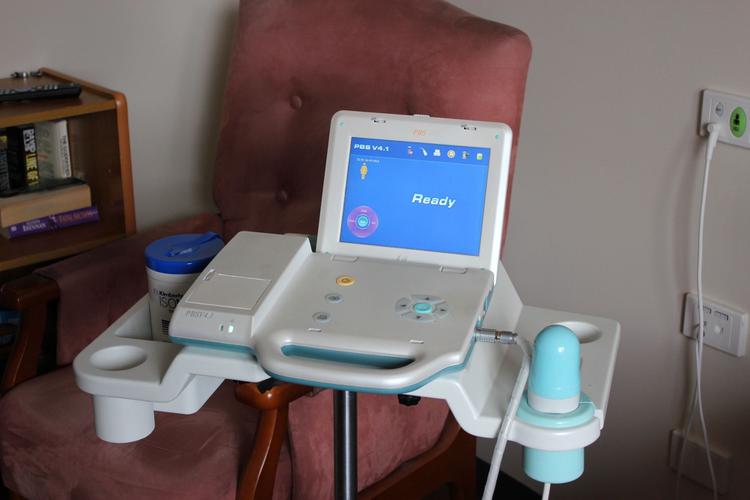 Ms Collings says sending a resident with dementia to hospital can be traumatic, and in some cases unnecessary.

“We want to reduce admissions to hospital because of the emotional trauma to residents and families,” she says.

“Instead of sending someone who has dementia to hospital, we can do our own testing on site. We can eliminate urinary retention as a reason for their increased agitation.”

Care manager, Karin Woods, says the registered nurses have been trained to use the hand held scanner and it has already helped to identify whether or not someone’s bladder is full.

“It only takes a few seconds to do. It might mean just putting in a catheter, rather than sending them to hospital to have that done,” Ms Woods says.