Prime Minister Scott Morrison announced the Australian of the Year Award recipients, all of whom are women, at a ceremony at the National Arboretum in Canberra on 26 January.

"Grace, Miriam-Rose, Isobel, and Rosemary are all committed to changing attitudes in our society and changing lives," says Ms Roche.

"They are strong, determined women who are dedicated to breaking down barriers and advocating for people’s rights – particularly the rights of women and children.

"They epitomise the Australian values of respect, tolerance, equality of opportunity and compassion. Because of them, others get a fair go.”

The Aboriginal Elder from Nauiyu, Northern Territory, is renowned as an artist, activist, writer, and public speaker.

Dr Ungunmerr Baumann was the Northern Territory's first fully qualified Aboriginal teacher, and, as the Department of Education's art consultant, she visited many schools through the Top End to advocate for the inclusion of visual arts for all children receiving education.

She became a principal of a Catholic school in her home community and was later appointed to the National Indigenous Council, a Federal Government advisory body.

Dr Ungunmerr Baumann established the Miriam Rose Foundation in 2013, which aims to bridge the divide between Aboriginal culture and mainstream society, and drives reconciliation at a grassroots level.

Over her personal and professional career, Dr Ungunmerr Baumann advocated for cultural independence of her people and has been a spokesperson for the Aboriginal worldview.

Dr Ungunmerr Baumann has previously been recognised for her leadership with a Member of the Order of Australian Medal and an Honorary PhD in Education from Charles Darwin University.

Other State Recipients of the Senior Australian of the Year award include: Patricia Anderson AO, writer and Aboriginal advocate, received the Senior Australian of the Year accolade in the ACT.

An Alyawarre woman who has a reputation as a powerful advocate for the health of Australia's First Peoples, Ms Anderson has an extensive career in community development, policy formation, and research ethics.

Ms Anderson dedicated her life to nurturing understanding and compassion between Aboriginal and non-Aboriginal Australians. Aunty Isabel Reid, Elder and advocate for the Stolen Generation, has received the Senior Australian of the Year award in NSW.

Ms Reid is the oldest living survivor of those forcibly removed under the NSW Aborigines Protection Act 1909-1969, an act that removed children from their families because they were Aboriginal.

An Elder of the Wiradjuri people, Ms Reid raises awareness about the Stolen Generation to prevent it ever happening again.

Her tireless advocacy was instrumental to the $74 million reparation package offered by the NSW Government to those forcibly removed under the Aborigines Protection Act. Ms Elu has spent her time committed to reconciliation and sharing the traditional practices of the people at all levels of Government.

Her advocacy was significant in negotiations to legally recognise the Torres Strait Islander families traditional customary adoption practices, which became a landmark Bill by the Queensland Parliament. Professor Richard Bruggemann, disability advocate, received the Senior Australian of the Year award for his efforts to improve the lives of people living with an intellectual disability.

Over his career, Professor Bruggemann has provided expert advice to Governments on disability services, legislation, inclusion, and rights.

He is also a dedicated volunteer on over 20 non-Government boards and committees, and writes on topics of concern for the disability community.

Recently, Professor Bruggemann was appointed to a new Government role, assessing the temporary orders to protect people living with a cognitive or mental impairment from the spread of the COVID-19 virus. Scout leader and mentor, Brian Williams, is the State Recipient for Tasmania for his 50-year devotion to the Blackmans Bay Scout Group and as a highly respected youth mentor.

Under his leadership, the scout group became one of the largest and most successful in the State.

He organised the inaugural Australian Venture in Launceston, which brought together young people from all over Australian and overseas for 12 days of fun and activities. The event was so successful, the State has been asked to run several national events.

Mr Williams is also a Deputy Chair on the committee for A Day On The Beach, a local Australia day celebration of Australian life and culture.

Since 1983, Mr Williams has been on the State training team, nurturing over 100 leaders in the Venturer Scout Section, which has ensured the success of the organisation. 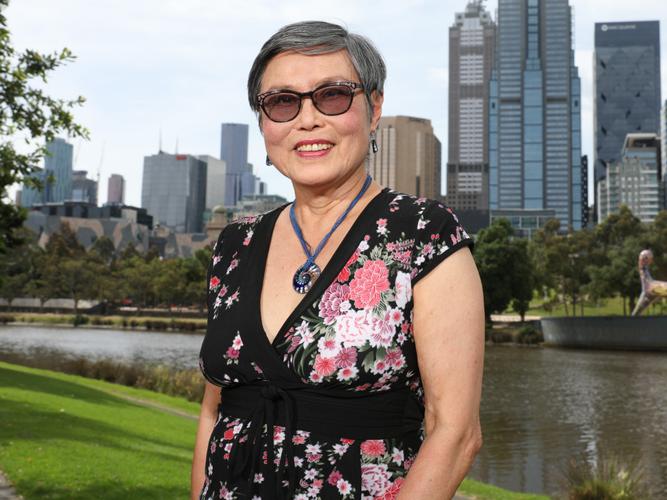 Bich Cam Nguyen, Founder, Chief Executive Officer (CEO), and Honorary Secretary of the Australian Vietnamese Women's Association (AVWA), has been named the Victorian State Recipient of the Senior Australian of the Year award.

Ms Nguyen helped build the flourishing business up to three offices, over 200 paid staff, and volunteers.

As a refugee in 1975, Ms Nguyen came to Australia with her family. Her husband and friends founded the Vietnamese Friendly Society to provide interpreting services and information in Australia to new Vietnamese refugees - all without funding.

Ms Nguyen's dedication has assisted many refugees and migrants from different backgrounds to feel valued and empowered. Recipient of the 2021 Senior Australian of the Year Award in Western Australia went to Dr Richard Walley OAM, considered a Champion of Aboriginal culture.

He has long guided people and organisations on a journey of reconciliation through cultural awareness.

A Wadjuk and Noongar man, he shared his knowledge of language, cultural practices, and historic injustices, cultivating a deeper respect and recognition of Aboriginal culture.

Dr Walley reinvigorated the practice of the modern-day Welcome to Country in Noongar Country, which has become commonplace across Australia.

He sits on multiple committees and is a consultant to both Government and corporate agencies providing cultural advice for major projects.